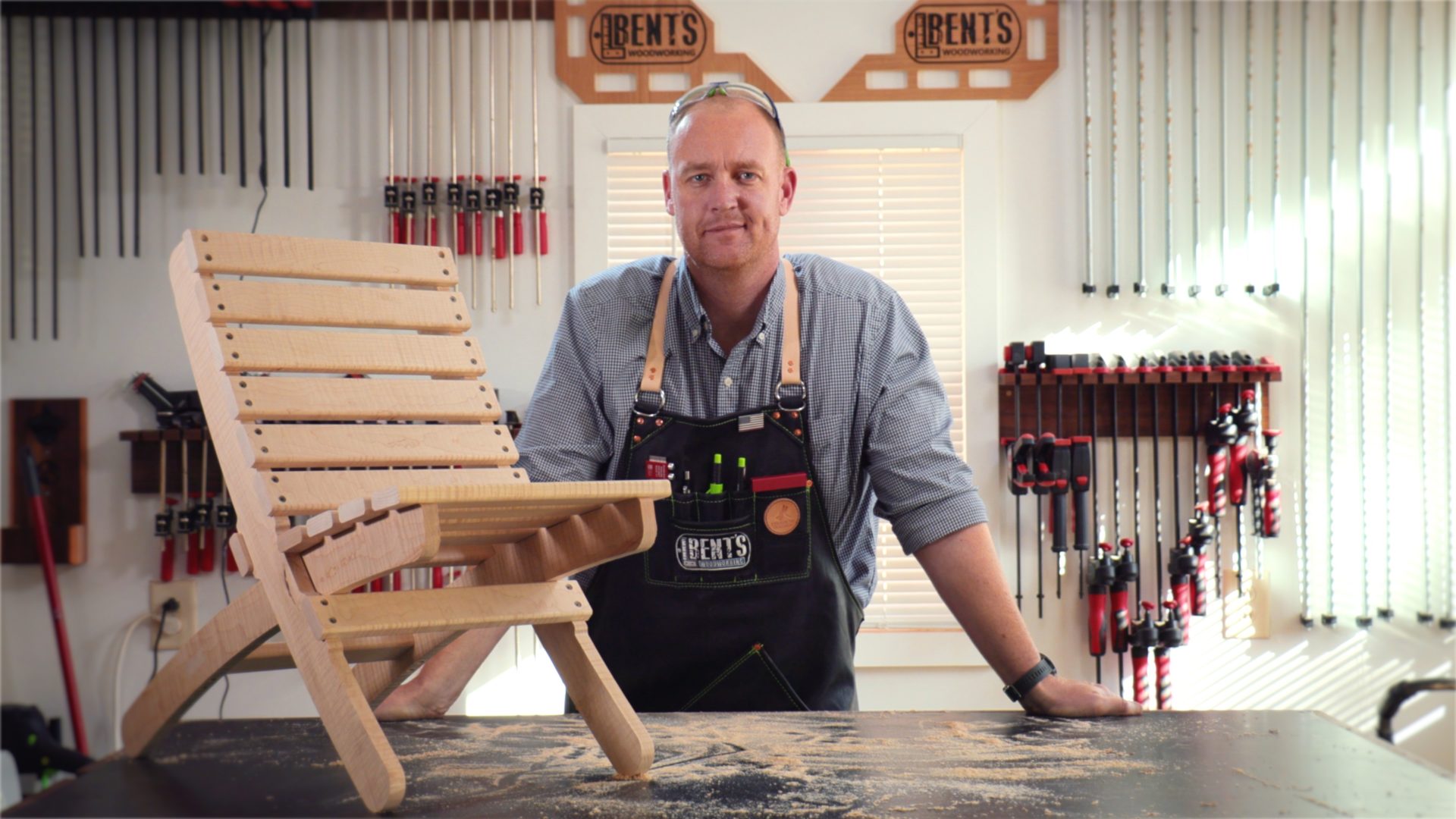 I was referred to Jason Bent by a mutual friend, also from the woodworking community. We exchanged messages over Instagram, complementing each others’ work. After a few months, Jason emailed me wanting to pursue the production of a trailer for his ever-growing YouTube channel, Bent’s Woodworking. At the time of this writing, he has just shy of 70k subscribers and is posting twice weekly.

Jason’s email highlighted the goal of this project, simply, to give new subscribers a little information on who he is, why he’s doing it, and what his channel is all about. I referred Jason initially to the video I had done for SARcraft last year and got some feedback on this route. He was skeptical in two regards; one, that it was too long and didn’t think his viewers would stay tuned in, and two, he wasn’t keen on the idea of so much footage being devoted to a “talking head,” at least when it’s him. I listened and we set some production dates, talked through visual tone using other corporate and woodworking “who we are” style videos, and prepared for the day.

Production took half-a-day to shoot and we ended up with more than enough footage to work with. I brought in Josh Crosby who had assisted on the Peach State Overland sash parody from last April Fool’s. He helped grip, shoot b-roll on the Ronin-s and my XT-3, and shot some BTS photos for both Jason and I’s social media channels. I opted for help as this wasn’t going to be a simple natural light shoot and would need to move lighting setups quickly. I used the natural lighting present in Jason’s shop and reinforced it with some motivated daylight key, but also added some back-light and fill when needed depending on the shot.

I had looked at many of Jason’s videos from his channel and also Instagram photos to get a sense of what the lighting looked like in the shop. It consisted of twelve LED “can” lights evenly spaced across the ceiling. These were 3200K, so they were a no go without the effort to correct them. There were also two two-bulb fluorescent banks, one with 5600k tubes and one closer with tubes closer to 6000K. Their placement made them difficult so I decided to start from scratch; natural daylight and some window blinds to help control light.

I boomed in a small daylight LED panel with a softbox and grid as the motivated key then put in a large negative fill (though this was struck for the actual shoot as it was just too much contrast for this type of video). In the back, on the rack of clamps, is an Aputure Mini-20d as a kicker. I left this uncorrected at 6500K to give a little more blue as it hit Jason’s head and shoulder as seen below from the pre-light day. This combined with some already emerging shafts of light from the window made for a decent image.

We started the production day with Jason’s scripted channel description. Josh and I setup the ladder dolly and set the C200 to face detection and continuous auto-focus for the long push in as Jason rattled off his lines. A few warm up takes and we got it. The rest of the day consisted of mimicking the direction of the natural light and going from tool station to tool station as Jason completed his project, a nesting chair for his son. After the construction of the chair was documented, we did a final reveal with some sawdust clapped from his hands and the finished chair placed upon the table top, complemented by a nice dolly truck outward.

While I did listen to Jason’s feedback on the talking head/interview style that I like, I persuaded him to at least briefly talk through his motivations for starting his business and eventually his YouTube channel, just for “VO.” As he talked, I ended up re-framing slightly as he was talking so I could have something potential usable visually should the need to arise in the edit—and it did. This small addition proved to be the exact piece of the puzzle that really sold this project.

I finished a rough cut of the almost 2 minute piece and forwarded it on to Jason. Instead of emailing back, he called directly, ecstatic about the result and extremely happy that we had decided to get that “VO” at the end of the day. On one hand, something like this could be perceived as a happy accident that do sometimes occur on set, but at the same time, it takes experience to recognize the material you need on a shoot in order to accomplish a clients goal. I am very pleased with the result on this one and glad that Jason and I finally got a chance to work together.