Several months ago I set out to see if I could compose a short video telling the story of how Sarcraft came to be and what they’re trying to do as a company. They needed to establish themselves with a video that really digs into what they’re about will let people relate to them better, hopefully leading to more business.I blogged about some other production I did for them in cooperation with MTN Media Corp. back in September and shortly after that sent a proposal for my idea—they accepted. This ended up being the test case for starting Woodlot Media.

For me, the video was to accomplish two main goals:

1) To assess the time and cost of this type of production for future reference,

2) to give JJ and Alex, the owners of Sarcraft, a jumping off point for their brand on Youtube. 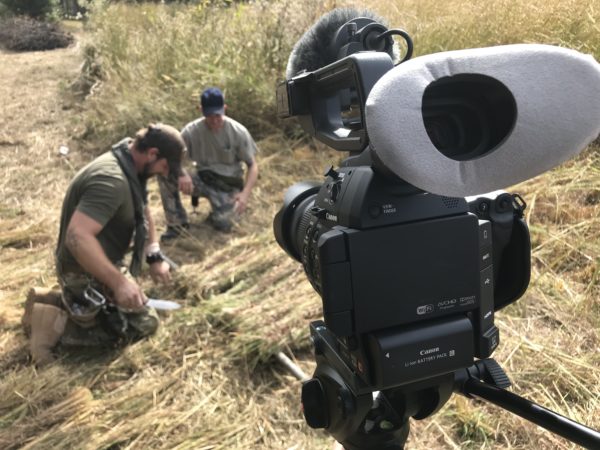 This project took some time to complete. The main reason for this was going in reverse of how someone would typically shoot a mini-doc; in this case shooting the interview that will guide the story next to last. Scheduling the interview with winter weather was a no-go and since Sarcraft’s classes would provide the bulk of the content that would eventually be laid on top of the interview, this meant each possible shoot date would depend on weather, class size, visual appeal in the films context, and whether it would be applicable to an interview that had yet to be shot. This caused the overall length of production to extend to roughly 6 months, wrapping a few days ago on Mar. 11, 2018 with a total of seven shoots, including the interview which was shot on February 3, with the assistance of my friend Bill Manning, a local photographer from Ballground, GA. There were also some small clips I captured while on other trips, like the rain shots of the road in the woods, the drone footage footage of the proving grounds, and the shots from the tree farm.

Editing was done in Final Cut Pro X, which is slowly maturing into an amazing NLE again and I had zero issues on this project or concerns for future use. To assist in editing time later on, I cut in segments as I gathered content. For example, I shot the shelter building class back in October 2017 and had a rough edit of that sequence put together by that evening. That sequence would sit there until it was ready to be assembled in the main story and tweaked from there. As more classes were shot and Alex and JJ’s time would permit, additional segments would be shot and cut. The larger pushes happened post-interview and also after the fire craft and wild edible shoot that took place on Mar. 10, 2018.  After that, finishing assembly, tweaking color, trimming out unnecessary words, um’s, etc., adding SFX like water drips, grass footsteps, and some sound beds as a base. In the process watch every change I made several times. 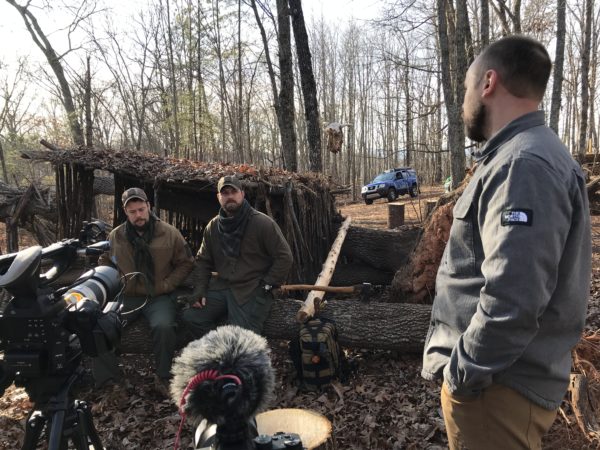 For music I typically use EpidemicSound.com, which was a great resource on some of the smaller Instagram videos I’ve done for Sarcraft and also the last big Peach State Overland project documenting the Red Clay Rally, but for this one I ended up sourcing music from SoundStripe.com. I won’t get into the details or compare the two, but I was able to find the right music for what I wanted on this project from them. I’m not really loyal to any music repository, as finding the right track is daunting, usually taking hours of listening for each track. Once you’ve found it though, that’s when the edit comes together, giving pace and emotion to the footage.

With eight-ish shoots and many hours of editing and tweaking on my part, I do have a better gauge of how to price a project like this, so goal one met. I’ve handed off the final copy of the film to Alex and JJ, and their reactions tell their own story.

From Alex, “That was everything I expected and much more. That was so rich and so beautiful. A visual feast… and the narrative flowed perfectly. Wouldn’t change a thing. Gorgeous work –  THANK YOU!”

As for my personal goal—I guess I had to swallow my pride in certain regards. I did complete the project in a sense—it was one that I felt passionately about in both in production and aligning with Sarcraft’s goals as a company and am thrilled with how it turned out. But there’s no way I could have done it without help from others. The interview never would have happened without help from Bill, much of the story and editing would never have been as fluid without my wife, Ashley, coming up to the office to look things over at my frequent requests, and none of it would have been possible without the willingness of Alex and JJ and their students to work with me and allow themselves to be filmed. Making movies is collaborative, it’s takes everyone’s effort to make it great and the feeling of satisfaction should be shared just the same.